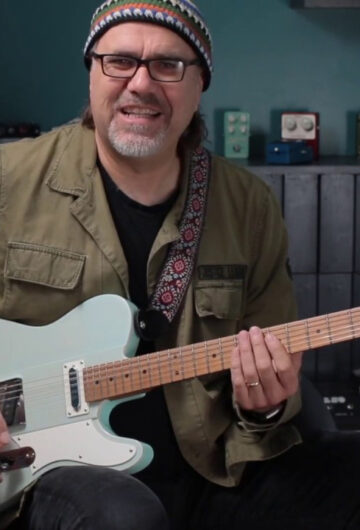 Greg Koch has been called a "twisted guitar genius" to "an eclectic virtuoso" by guitar pundits but in fact these are just descriptions of someone who loves what he does and has found a way to make a living doing it on his own terms by being able to sound like just about anyone to just about no one, all delivered with the irreverence of a "plectrum-wielding skullduggarist" (to use his verbiage). As a result he has successfully moved beyond his local hero status in the upper Midwest to becoming an internationally renowned recording artist and guitarist, session player heard on everything from car commercials to Nick Jr. soundtracks, author of some of the top-selling guitar instructional books and DVDs in the world, magazine columnist in publications around the globe, radio personality, comedian and one of the most in-demand guitar clinicians in the world for Fender® Musical Instruments and Hal Leonard Publishing.

His fascination with the guitar started in the third grade, when Greg started making Fender Stratocasters® cut out of cardboard, using his sister’s sewing machine pedal as a makeshift wah-wah. He would pretend to rock along to Jimi Hendrix, whose music had become his obsession. When he finally got his first guitar at age twelve after failing to duplicate Mr. Hendrix on the cello, Greg quickly advanced by watching, listening and copying what he heard on records. Early on, his own hybrid style of blues, rock and country began to take form and was able to develop further by playing in everything from show bands to Elvis impersonators, polka groups and blues-rock ensembles of his own creation.
After studying jazz guitar for four years at the University of Wisconsin-Stevens Point, Greg’s musical maturity led to national attention as a fiery instrumentalist, winning 1st Prize in the Bluesbreaker Guitar Showdown judged by legendary bluesman, Buddy Guy, in 1989.
He started his own band, Greg Koch and the Tone Controls in his hometown of Milwaukee, and soon found himself in one of the most renowned groups of the region. The band went on to win five Wisconsin Area Music Awards for Blues Artist of the Year (‘93, ‘95 through ‘98), and Greg personally took in seven as Guitarist of the Year (‘92, ‘94 through ‘99). Putting out five independent releases, Greg and the band had acquired an increasingly growing base of fans who craved music “outside of the box”.
As the result of a grass roots effort by friends at Fender, who passed around tapes and CDs of Greg’s playing, he found himself as the premier clinician for the world’s largest and most prestigious guitar and amplifier manufacturer. Bringing together world-class chops and a humorous ability to articulate sounds and techniques with a genuine devotion to all things guitar, Greg has developed an exceptionally effective clinic. With his own tunes as a backdrop and various Fender devices as the tools, a variety of tones, tricks and anecdotes are willingly shared with those in attendance. Recent clinic tours have included his trio and even legendary bass players such as Roscoe Beck (Robben Ford, Eric Johnson, Dixie Chicks) and Reggie Hamilton (Baby Face Etc.) which adds a whole new “concert” aspect to the clinics.
After performances at the NAMM shows in Anaheim and Nashville in 2001, Greg turned enough heads to send his career to another level by securing a record deal with Steve Vai’s Favored Nations label and the subsequent release of two glorious CDs that are a must for any fans of guitar lunacy. “The Grip” (2001) is a collection of Greg’s vicious guitar morsels culled form his previous releases, re-mastered “In Vivid Gristle”. The record was described with the statement, “Imagine Chet Hendrix meets the Kings (BB, Albert and Freddie) at the first annual Zeppelin-Holdsworth Coffee Guzzlers Hoedown.” The second release, “Radio Free Gristle” (2003) is an adventurous release with inventive and incendiary guitar music with humorous spoken tidbits in between the tunes like a deranged, unexpurgated radio show. As the Walter Cronkite of all things guitar, Tom Wheeler put it, “The patter is so funny that in the hands of a lesser musician the laughs would overwhelm the licks. But for every minute you spend giggling at the bits, you’ll spend many more marveling at the chops, the artistry, and the vision of this eclectic virtuoso.” 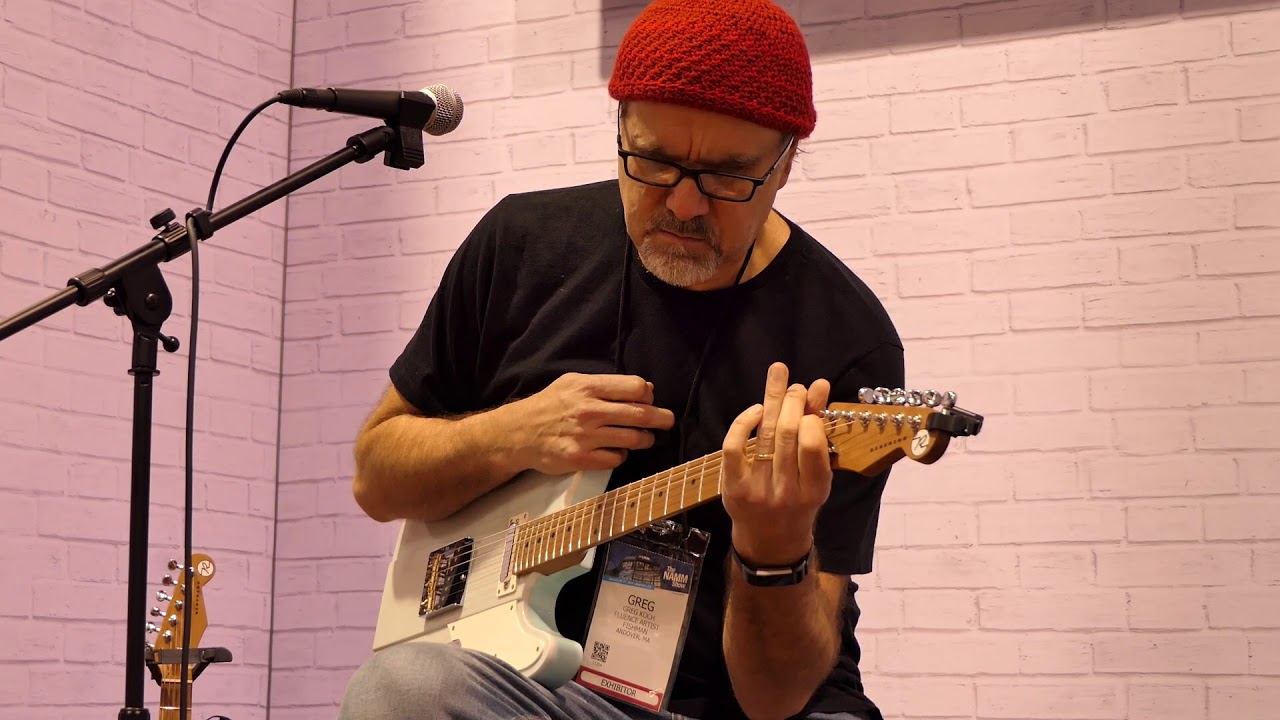 The more bluesy, song oriented aspect of Greg’s music featuring his deep resonating voice bellowing out his lyrical output which rests somewhere between the realm of Little Feat and Blind Lemon Zappa, is featured on Europe’s Mascot-Provogue label with the release of a two CD set called “13×12” (2004). This has fueled club and festival tours in Europe and a spot on the legendary German TV show “Rockpalast”. A follow up release recorded at legendary Allman Bros.-Widespread Panic producer Johnny Sandlin’s studio, will feature Greg’s bluesy amalgam with guest performances by Roscoe Beck and Little Feat’s Paul Barrerè to be unleashed in August of 2005.
Greg’s relationship with music publishing giant, the Hal Leonard Corporation, has resulted in an extraordinarily successful catalog of guitar instructional materials including the rewrite of the Hal Leonard Guitar Method with the original author Will Schmidt .which has become the top-selling guitar method in the world. Greg’s Hal Leonard instructional DVDs including two on the style of Stevie Ray Vaughan (approved by Jimmy Vaughan) and one on his own twisted take on guitar called “Guitar Gristle”, have revolutionized video guitar instruction with a combination of insanity, effective instruction, and inspiring musical performances into a package that can only be described as “edu-tainment.” Other books on everything from Blues and Country guitar to Lead and Rhythm playing are available by Greg and when Fender® and Hal Leonard got together to put out a publication celebrating the 50th anniversary of the Fender® Stratocaster® by releasing a book by Tom Wheeler called “The Stratocaster® Chronicles”, Greg was brought in to record a program called “50 Sounds of the Stratocaster®” which included him conjuring up the spirits of some of the greatest players and sounds of the Stratocaster® with his trademark dialog for a CD that accompanies the book.
Greg’s latest original music outlet, The Koch-Marshall Trio, is perhaps the best vehicle yet to convey his bold improvisational explorations and ever increasing arsenal of original material. The trio blends the explosive guitar manipulations of Greg, the groove-centric, power-pocket playing of his son Dylan on drums (who share many telepathic musical moments) and the glorious, Hammond organ stylings of the uber-talented Toby Marshall, Greg’s compositions are properly portrayed in the blues drenched, funk, chicken-fried, gospelly, jazz-rock panorama in which they were conceived. Their first release, “Toby Arrives” was released in February 2018 on the Mascot Label Group / Players Club Imprint and features the first moments of their unexpected musical partnership captured at an extemporaneous jam session earlier in the year.
Since 2011 Greg Koch has for Wildwood Guitars in Colorado each month. He has made approximately 4000 videos which have over 50 million views.
Greg Koch released an acoustic album in December 2019. The 38-minute album has 14 songs.
In 2019 Koch signed with True Grit Talent Agency.